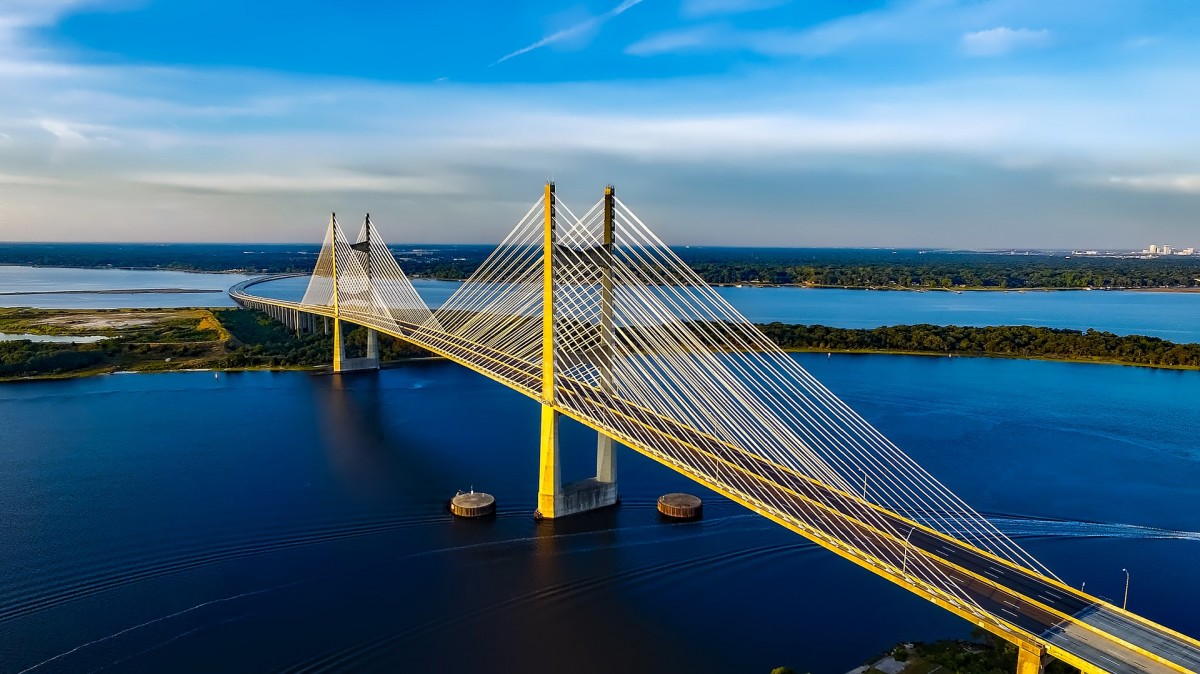 Before the arrival of Europeans, Native Americans called the area surrounding the St. Johns River home for thousands of years. Much later, this magnificent, 310-mile-long river was one of the earliest routes used by the Europeans during their explorations. In 1562, the French Huguenots established a colony at the mouth of the St John; and not long after, Spanish soldiers gave the river its name.

In 1890, you can add the United States to the mix. That was the year Henry Flagler completed the first railroad bridge across the St. Johns River. The first of seven automobile bridges was built over the St. John in 1921. Then, in 1988, St. Johns River was designated an American Heritage River by President Clinton – one of only 14 rivers in the United States with that prestigious title.

Stretching half the length of the state of Florida (and this is one lengthy state), the St. Johns River is Florida’s longest river. It, subsequently, offers a marvelously diverse marine estuary, amazingly versatile fishing and waterway wildlife observation options up the wazoo.

The constantly moving water along this gorgeous and unique waterway creates the perfect feeding and breeding ground for hundreds of species of birds, fish and so much more! In fact, the St. Johns River is known as one of the best bass fishing hot spots in Florida – yielding insanely stupid amounts of one to five pound bass (not to mention the enormous numbers of trophy bass netted here) year after year.

Whether you are in the market for a new or pre-owned boat…or even a rental boat to cruise, fish or just take in the sights along the St. Johns River, Gerry’s Marina can exceed all of your boating requirements. Gerry’s Marina has been meeting the boating, marina and storage needs of Central Florida for over 30 years.