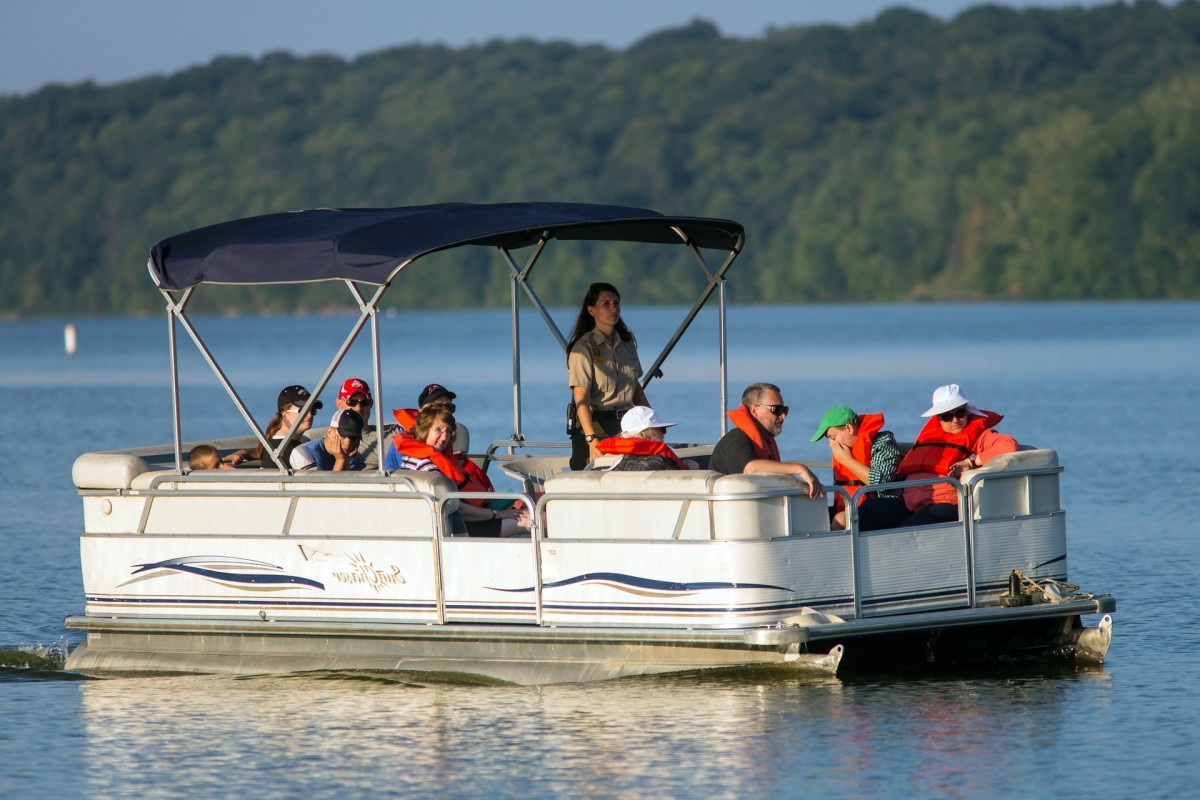 | Gerry’s Marina, our family owned business has offered pontoons for sale for over 30 years. We enjoy a reputation as the leading pontoon dealer in the Central Florida area. Call us toll free at (866) 881-1100 to find out more. We love talking boats and marinas and pontoons.

In 1952 invention of the pontoon motorboat in the USA is credited to a farmer who lived on the Horseshoe Chain of Lakes, near Richmond, Minnesota. Ambrose Weeres put a wooden platform on two columns of steel barrels welded together end-to-end, creating a sturdy deck that would be more stable on a lake than a conventional boat. Living in the land of 10,000 lakes,
Weeres thought this idea might be marketed. The first boat was “The Empress”. He built a few boats and sold them with the help of dealers. He started Weeres Industries to meet unexpected demand. Weeres, later called Mr. Pontoon, was elected to the Minnesota Marina Hall of Fame.

Gerry’s Marina staff knows small inflatable pontoon boats are one or two man, catamaran type boats, designed for leisure and fishing. Their pontoons are made out of abrasion resistant PVC and nylon with aluminum, steel and or plastic frames for support. They are powered with paddles, oars and often with electric trolling motors using deep cycle lead batteries. Commonly they are equipped with motor mount, battery storage area, fishing rod holders, canopy, fish finder mount, small anchor and other required fishing gear.

Such boats are suitable for ponds, lakes, rivers and seas during calm weather. However, due to light weight, they are susceptible to waves and windy conditions. Nonetheless, such boats are often used even for big game fishing.

Gerry’s Marina also is aware of the fact that in Australia and New Zealand, the tern “pontoon” often refers to an anchored raft-like platform used for diving from. Pontoons are located at many beaches (particularly those at which swimming classes are taught) and lake shores, but usually only during the summer months.